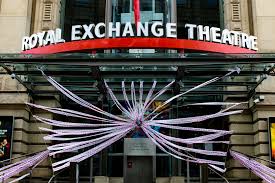 When the Royal Exchange Theatre opened for the first time on September 15th 1976 the atmosphere in the theatre and the surrounding auditorium was electrifying as the audience waited with baited breath to see the show.  They were so excited to be witnessing the first plays in this new iconic experimental theatre which could seat around 750 people. 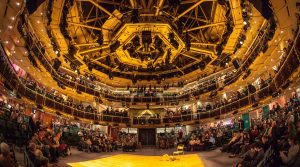 The concept of this theatre in the round was an amazing experience  as the audience  could view the plays on three different levels, making it the largest theatre in the round in the world at that particular time. Around 400 people could be seated at ground with another two levels, each with 170 seats set in two rows 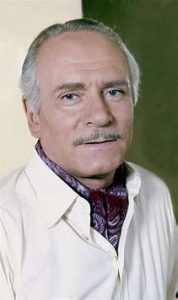 The appearance of Sir Laurence Olivier opening the theatre was an added bonus for the audience adding to the excitement of being present at the opening night.

To create more interest, the theatre directors came up with the idea of having  two  opening plays.

One was the drama ‘The Prince of Homburg’  by Heinrich von Kleist; which was directed by Braham Murray.  The other was the classic comedy ‘The Rivals’ by Richard Brinsley Sheridan, directed by Casper Wrede.

No wonder that this theatre went on to achieve great reviews and credits.

For theatre-goers, besides the anticipation of visiting the theatre there was the added attraction of visiting the lovely trendy Royal Exchange shopping arcade, which not only had unusual shops and a restaurant. There was even a lady who did tarot card readings, rare book shops, antiques, plus a  wonderlust of many more different types of unusual shops to tempt the masses before going to see a show. 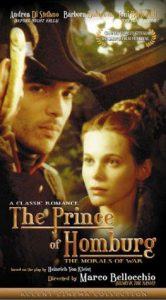 The Prince of Homberg’  by Heinrich von Kleis

This play was originally written in German; its title relates to the real Prince of Homburg at the Battle of Fehrbellin in 1675 and his romance with Princess Natalie. In this particular production when the battle scene occurred it was offstage and the PA system relayed the sound of horses Galloping, swords clashing and men shouting.  These effects were quite unique then and  left a lasting memory on the people who saw the play.

Finnish born Casper Wrede was the director of ‘The Prince of Homberg’.  He was one of the 5 directors who came up with the brainwave idea of the Royal Exchange theatre being in the round. 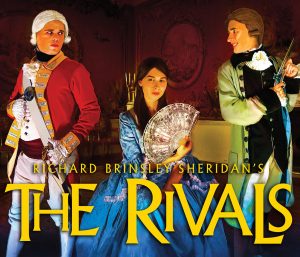 ‘The Rivals’ by Richard Brinsley Sheridan

This was Sheridan’s first play and by far his most popular one.  It was first staged in 1775 and today it still retains its popularity. In fact it has been updated numerous times, including a 1935 musical, set in London, then in 1958, an episode of the television series Maverick (see below) starring James Garner and Roger Moore. 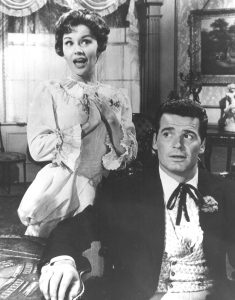 This play was directed by Braham Murray, who was another founder member of the 5 directors who came up with the brainwave idea of the Royal Exchange theatre being in the round. At the age of 13 he was acting, and then directing before going to Oxford University, and later relocating to Manchester to become a permanent fixture of Manchester’s vibrant theatre scene. He went on to direct over 60 productions at the Royal Exchange.

The opening day and night actors on the stage.

Both plays had the following top actors of their day.

Hull born Tom Courtenay, who gained his main fame through the film ‘The Loneliness  of the Long Distance Runner’ and ‘Billy Liar‘ in the 1960’s. Interestingly enough his film debut in 1962, ‘Private Potter‘ was directed by Casper Wrede, who was his director again on this opening night. and starred James Maxwell who also starred in the opening productions at the Royal Exchange Theatre.

Cheshire born Patricia Routledge, who has appeared in so many plays both serious and comedic and also as a singer, her achievements too numerous to mention.

Judi Bowker spent her childhood years in the then Rhodesia.  She has appeared in several films, including ‘the Clash of the Titans’, on television and on the stage,

John Boswell was another accomplished actor who appeared in the opening plays. He went on to gain world wide fame for his role of Wyvern in ‘Pirates of the Caribbean‘

John Bardon, who having played in classical theatre, finished his career by gaining television fame playing the part of Jim Branning in Eastenders.

Trevor Peacock was a wonderful classical and comedic actor and a song writer, he gained television fame playing Jim Trott in ‘The Vicar of Dibley‘. In addition gaining musical fame by writing major hits for lots of pop stars in the 1960’s.  Sadly when he died of dementia he could not remember anything about his work in theatre or his songwriting.

Lindsay Duncan  made her acting debut in the opening plays at the Theatre Royal, Manchester. She stayed with their own company for the next two years before expanding her career in television and films.

Christopher Gable started his career as a ballet dancer until he got a chronic rheumatoid condition in his feet and could no longer continue this career so he changed directions and went on to have quite an illustrious career as an actor.

American born James Maxwell acted in the plays at the time during the opening of the theatre but not only was he an accomplished actor but also one of the the five directors who had devised the idea of the Theatre Royal through to its completion.

Susan Tracy,  Olive McFarland and Frank Crompton, another group of experienced theatrical actors were also in the opening shows. 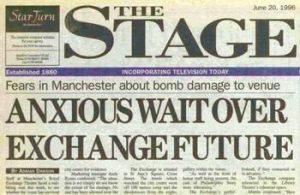 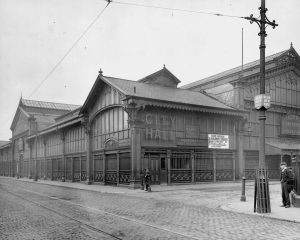 During this time the Royal Exchange Theatre Company could be found performing in an indoor market building in the Castlefield area of Manchester.

Completed in 1878, the Lower Campfield Market Hall was designed as a ‘canopied’ open-sided market hall. It was built at Camp Field, which was already the location of popular markets and fairs and was close to a major railway goods yard, which today is the site of the Science and Industry Museum.

During the market’s life time it had been used for a variety of things. In 1882 they held  the ‘Smoke Abatement Exhibition’ there.

Between 1920 and 1939 Manchester’s textile, engineering and commercial industries again filled the hall with varied and popular displays. In 1939, the building was again repurposed for the war effort. This time, due to its enormous size, women workers tested barrage balloons inside the building.

With the end of World War 2, it was reinvented and became known as ‘The City Exhibition Hall’ and this lasted until the 1960’s. and played host to several ‘Brighter Homes and Ideal Homes’ exhibitions.

After this it re- emerged as The Manchester Air & Space Museum, housing an interesting collection of various  aircraft’s  as well as being part of the  Manchester Science Museum.  Sadly it has now closed and all the exhibits were returned to the RAF museum.  At present the building is not in use but there are plans for it to become a market. 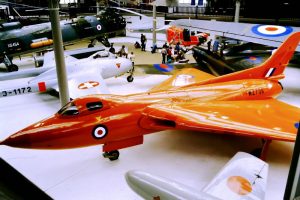 Out of the ashes the Royal exchange is reborn.

In 1998 the Theatre was finally  brought back to life to become one of the most advanced theatre’s in the country and become one of Manchester’s most iconic Theatres. 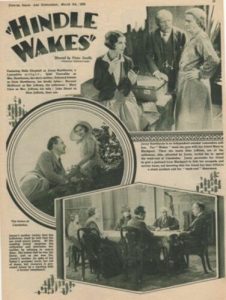 On the 30th November 1998 the theatre was re-opened by Prince Edward. The opening play was ‘Hindle Wakes‘ written by the Manchester playwright Stanley Houghton. It was the same play that had been running when the bomb went off.  In this opening version of ‘Hindle Wakes’ it was directed by  Polish born Helena Kaut-Howsen, who was the director of this play when the IRA bomb went off.

The most famous of the cast is Warrington born Sue Johnston, who at one time worked for Brian Epstein before starting her acting career.  Due to her talents she progressed at a rapid pace from her early days in the television soap opera ‘Brookside’.

Two other actors in the play were the celebrated Scottish theatre and television actor Ewen Hooper and Anna Keaveney, was another actress to emerge from the great television soap opera ‘ Brookside’.

Three more actors who were in the play were Colin Proctor, who besides being an actor is a television writer. Salford born actor Pearce Quigley and  Stockport born actor Brian Rawlinson who is also a writer for films and TV.

Eve Robertson, is another actress also starred in the play, she later went on to appear in Coronation St, Emmerdale and Waterloo Road.

And finally the other two actresses in the play were Lucy Sullivan and Claire Rushbrook. 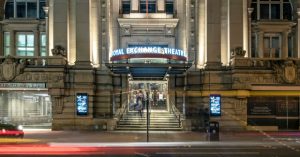