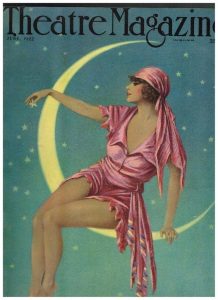 Sir Oswald Stoll who owned the Manchester Hippodrome Theatre joined up with Edward Moss  and Richard Thornton to create Moss Empire Theatre Company in 1900. Eventually they opened 28 variety theatres throughout the country. In 1912 Sir Oswald  Stoll was responsible for putting on the first Royal Command Performance.  Amongst other things in 1918 he formed a film company called ‘Stoll Picture Productions’. In 1920 he then went on to purchase a former aviation factory in Cricklewood  which he converted to become the ‘Cricklewood Film Studios‘.

In 1922 he was responsible for presenting a special matinee variety show at The Hippodrome to raise monies for ‘The War Seal Foundation and the Little Poor Girls’ Summer Camps’.  Sir Oswald Stoll  established ‘The War Seal Foundation’ in 1915 as a tribute to all who fought and suffered in the Great War.  By the end of the Great War more than two million men had been permanently or temporarily incapacitated. Due to the lack of adequate housing and resources within the family home, many were forced to remain in institutions. 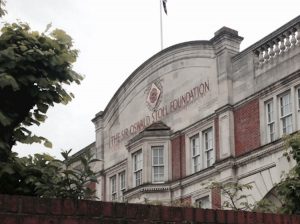 The Foundation enabled the veterans to regain their independent living enabling them to get back to civilian life, this provided them with high quality housing and vital medical support while living with their families. Sir Oswald Stoll bore most of the costs of the Foundation which included the freehold of the site in London where the first block of homes was built in 1917 providing accommodation for 142 families  with full support , this is still in use today. 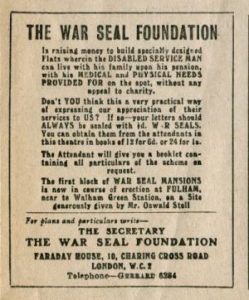 George Jackley, the father of the famous rubber neck comedian Nat Jackley topped the bill in 1923. He was a comic actor who had been the leading comedian for the Melville Brothers at the Lyceum Theatre for many years.  Below is a clip of his stage act.

George who was born in New York, started his career on the stage assisting his father Nathan Jackley of “The Jackley Wonders”. They were professional acrobats who created the “Jackley Drop“,a celebrated feat of gymnasts who came to the UK working with Henglers Circus. How wonderful that three generations of one family were all top line theatre stars. 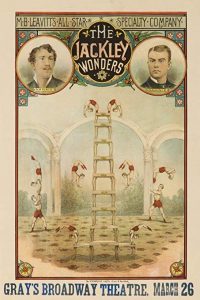 Billy Danvers in 1923 was another comedian who was on the same show as George Jackley.  He also came from a theatrical background as his father James Danvers, the noted opera star who toured with D’Oyly Carte’s Opera Company as the Mikado of Japan in ‘The Mikado‘. He also played the part of ‘Pooh-Bah’ . It was no wonder that when Billy Danver’s  was born in Liverpool, his middle name would be ‘Mikado’. 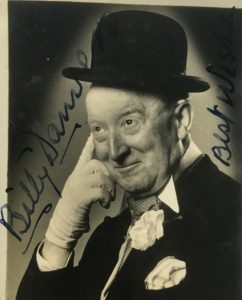 Another interesting act on the same variety show as George Jackley and Billy Danvers was Bombardier Billy Wells giving a demonstration of modern day boxing. He was an English heavyweight boxer who fought under the name “Bombardier Billy Wells”. He was the British as well as the  British Empire Champion from 1911 until 1919.  In 1911 he became the first Heavyweight to win the Lonsdale Belt, which had been introduced for British champions at all weights in 1909. 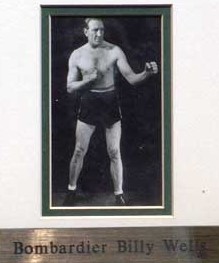 He was 6ft 3ins tall and achieved another claim to fame by being the third person to fill the role of the “gongman” – the figure seen striking the gong in the introduction to J. Arthur Rank films.